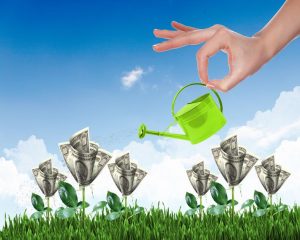 Making money at home is a wonderful concept and many achieve this but an equal number confuse making a steady, growing income with getting rich quick and it is heartbreaking to see people’s disappointment when they try a venture and it doesn’t work. They lose their money, feel scarred but the experience and lack the confidence to try again. Most importantly, they haven’t learnt the money to enable them to change their lifestyle.

As there seem to be an overwhelming number of alleged ways to make extra money, I felt that an explanation was necessary to help people through the maze of making money from home so that they can indeed stay at home with their family, reduce their hours at work, or get themselves out of debt to move forward to bigger plans.

Well, these seem to be all the rage at the moment. The Emperor’s new clothes never seem to go out of fashion. Ponzi, Gifting and Pyramid Schemes break many hearts as they always seem to promise everything but many end up with nothing.

The definition of a Ponzi scheme is a form of fraud in which belief in the success of  a (non-existent) enterprise is promoted by the payment of quick returns to the first investors from the investments of later investors. So for example, if you paid to join a scheme/membership group/ income scheme but you only made money when you recruited another but most importantly, there was no exchange of physical goods, just the promise of making money quickly when you were paid from the money that the person you recruited paid, then this could well be a Ponzi scheme.

Bernard Madoff was famous for his Ponzi scheme. He promised his friends, relatives and celebrities very high returns for their investment. In fact, the “investment” payments to others were made from the people who joined his scheme subsequently. There was no other income producing activity. Other such examples have been Key to Fortune, and the company MMM (Republic of Bitcoin) mainly based in South Africa.

These are defined by two key characteristics. 1. where there is no product to sell and 2. is nothing more than a get quick rich scheme. It is a business model that recruits members via a promise of payments of services for enrolling other into the scheme, rather than supplying investments or very importantly, the sale of products of services. These schemes can be quite sophisticated and use different ways to make you think that all is well. A classic method is to encourage people to upgrade. If you do, you can think you are making yourself more secure whereas in fact, you are enabling the person below you to get paid. In the short term you might receive some income but longer term, this is not sustainable.

As recruiting becomes more successful, it very quickly becomes impossible and consequently most people are unable to make a profit and for that reason, the scheme becomes unsustainable. As in a Ponzi, those at the top benefit are going to benefit the most. Most noticeably, there is often an admin fee associated with the joining fee, 100% of the joining fee goes to the person who recruited, the admin goes to the owner of the scheme, the top of the pyramid. There are no “physical goods” to show for the money. Very worrying.

I have been working on the web now since 2004 and tried and tested all models of business. I have found the models that work and are successful and the ones that are outright scams.

I remember the day very clearly when I found a website claiming to find targeted traffic which it sent to my new website. At the time, this seemed very tempting and I kept monitoring and watching the site keen to understand how it worked. I thought I had found the information I needed and the day came when I made my investment via a bank transfer. Oh how I wish I had known.

And then nothing happened. I contacted support and found that the email did not exist, I had been scammed and I felt so embarrassed. It was money that I had given in good faith and did not realise that I was making a mistake. Fortunately, it was not a large sum but that did not make me feel any better. I effect, it had been taken from me.

I contacted my bank and there was nothing I could do. I just had to swallow my pride and move on. My biggest mistake was that having learnt what I know now, is that it is impossible to buy the traffic you want via a third party site. It never happens. Since then, my radar has been on high alert watching other schemes and “businesses” come and go.

It is only possible to generate traffic to make money via your site by paying for it through legitimate means: Google adwords, Facebook advertising, Bing advertising and so on, to name but a few. Or you can generate unpaid, organic, traffic through careful SEO and legitimate ‘marketing”. Any site that promises traffic under any other means is highly likely to be a short term, possibly illegal pyramid scheme.

For example,  a site called Traffic Monsoon, collapsed earlier this summer and is now in liquidation (I’m not linking to it, you can google it). Wherever I looked on Facebook it seemed that this was being promoted by many including those who really wanted to make money from their home. I could see that it was unsustainable but people only see what they want to see. With the collapse of Traffic Monsoon, many people have lost a lot of money and will most probably never see this ever again. It was a scheme whereby the user bought AdPacks, in fact a very similar scheme to My Advertising Pays, which is still current. So very sad for those who were involved.

However, to my surprise, many of the people from Traffic Monsoon appear to have jumped out of the frying pan into the fire of a similar scheme, albeit not traffic, but in digital products. How do I think I know that this is a suspicious and worrying scheme? The alleged owner launched two previously similar products based on a similar matrix. The truth is that these matrix cycler schemes are actually only focused on the selling of matrix positions, and not of the digital products. All very worrying.

So if you are looking to make money at home, the methods that require consistent effort, learning and application are the ones that do work. As I said, I have tried them all and can advise you well on how to make money at home. I have done so for the last 15 years and achieved many great things.

I'm Catherine and I help people build businesses online. I've built several 6 figure online businesses over the last 13 years. In short, I can help you #playyourowngameI've been my own boss since 2001 and learnt a wealth of experience in the process. I can help you too.